Born in 1961 in Hellendoorn in the Netherlands, Zandwijk began studying Theatre Directing at the Theaterakademie in Kampen at the age of 18. She began her career in small theatre ensembles on the fringe scene. In the late 1980s, she received nationwide acclaim with a series of youth theatre productions for the Toneelgroep Amsterdam. In the 1990s she directed some outstanding productions for Stella Den Haag (Othello, Freitag by Hugo Claus), for which she was awarded the Dutch Proscenium Prize. In 1998, she teamed up with Guy Cassiers to found the artistic direction of the RO Theatre in Rotterdam. Their collective work earned them the Albert van Dalsum Prize in 2002. Her first production at the RO Theater, Gorky’s The Lower Depths, was invited to the Edinburgh Festival and was a guest at the Wiener Festwochen in 2000. Further productions at the RO Theater have included Macbeth (2002, invited to the Edinburgh Festival), Leonce und Lena, two plays by the Irish playwright Marina Carr – Portia Coughlan (co-production with the Wiener Festwochen) and By the Bog of Cats (invited to the Theaterformen 2004 in Hanover) – Chekhov’s Platonov (invited to the Holland Festival TF-1), Meiskes en jongens (2005 invited to the Autorentheatertagen Hamburg), Handke’s Untertagblues (Underground Blues), King Lear and, lastly, Brecht’s Baal. Since May 2006 Alize Zandwijk has been the artistic director of the RO Theater. As a theatre director, she aims to reinforce the work of the RO Theater in Rotterdam, looks for international partnerships, works with young directors, and develops the ensemble theatre. Since 2003, Alize Zandwijk has regularly worked as a director at the Thalia Theater (including Chekhov’s Ivanov, Gorky’s Summerfolk, Handke’s Untertagblues and Happiness by Todd Solondz). Here she met the playwright Dea Loher, two of whose plays – Unschuld (Innocence) and Das letzte Feuer (The Final Fire) – she has directed. Since May 2006 Alize Zandwijk has been the artistic director of the Ro Theater in Amsterdam. Her stated aim is to create a non-elitist, purposeful theatre. Her first directorial work at the Deutsches Theater Berlin was Joseph und seine Brüder (Joseph and his Brothers) based on the novel by Thomas Mann. 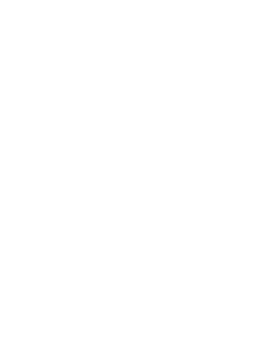