Lisa Danulat, born in 1983, studied philosophy, acting and scenic writing in Frankfurt am Main, Freiburg and Graz. In 2005 her first play The Seven Levels of Acceptance (Die Sieben Stufen der Akzeptanz) premiered. In 2008 she won the prize for the best play at the Mainzer Autorentage Text trifft Regie with Too low terrain. In 2009 her youth play Topinambur was invited to the Berliner Theatertreffen der Jugend. In the 2009/10 season Lisa Danulat was a scholarship holder of the Autorenlabor at the Düsseldorfer Schauspielhaus, received the Vienna Dramatikerstipendium in 2010 and was house author at the Staatstheater Mainz during the season 2010/11. For her play You won't get Us. The House of Jeanne Calment (Uns kriegt ihr nicht. Das Haus der Jeanne Calment) Danulat was awarded the NRW Dramatikerinnen-Preis 2012. In 2016 she was awarded a scholarship for the work atelier of the DRAMA FORUM; in 2017 she took part in the writing workshop of the Hans Gratzer Scholarship at the Schauspielhaus Vienna. In 2018 Lisa Danulat was resident writer in Paderborn and nominated for the Retzhofer drama prize. 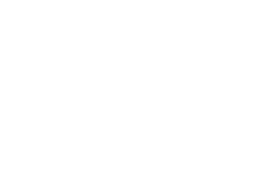