A multimedia classroom piece
based on the book by Juli Zeh
What if an unhealthy life was a criminal offence? If we could no longer decide how we want to treat our bodies?

Mia Holl is an exemplary citizen and follows the state METHOD: she regularly submits her health data, is a highly rational scientist and repeatedly tries to put her freedom-loving brother on the right track. But when he dies, Mia’s life is swept away from under her feet. What starts as a conversation with the authorities to resolve loose ends gradually turns into a witch hunt and Mia becomes a fierce resistance fighter. She condemns the system, claiming that if it is only interested in life, it is no longer worth living in.

Robert Lehniger stages Juli Zeh’s novel as a multimedia journey. The pupils’ experience begins even before the performance. With the help of an interactive folder, they are immersed in the world of Corpus Delicti and experience what makes Juli Zeh’s dystopia so frighteningly topical. In the production, they learn about Mia Holl’s case and meet the characters from the folder again, both in an analogue way and via video screen. In the follow-up discussion, we debate how much reason and security is good for society.
Director and video Robert Lehniger
Stage & costumes Linda Spörl
Dramaturgy Lasse Scheiba
Theatre pedagoge Maura Meyer, Simon Gal
Abspielsteuerung Yoav Pasovsky
Assistant Nelly Gypkens
15 September 2020
Heinz-Berggruen-Gymnasium 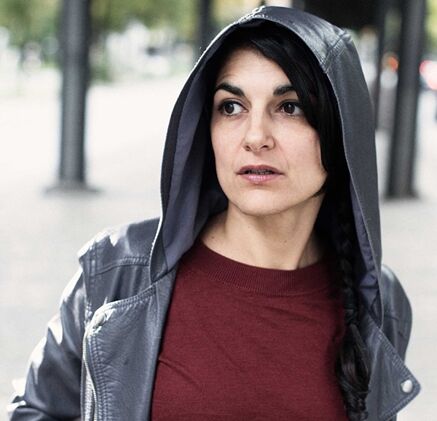 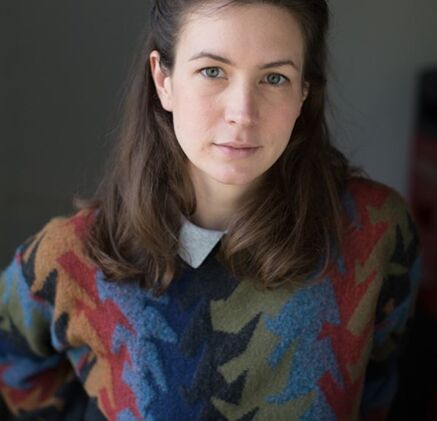