Born in 1976, Frank Abt pursued a degree in Theatre Studies in Berlin and Paris. During his studies he worked as an assistant director at Vienna’s Burgtheater, Schauspielhaus Bochum, Berlin’s Volksbühne am Rosa-Luxemburg-Platz and the Sophiensaele in Berlin. From 2003-2006 Abt was an assistant director at the Thalia Theater in Hamburg. Here he later directed productions, including: Wunsch | Konzert | Samurai, based on Franz Xaver Kroetz’ Request Concert and Dea Loher’s Samurai; and Die Boxerin, his own play which tells the true story of a young female boxer and asylum seeker. Abt also staged Ewald Palmethofer’s living.under glass at the Volkstheater in Munich, and at the Schauspielhaus in Graz he mounted Arnold - Mit ganzem Herzen Grazer, his project about the city’s most famous son Arnold Schwarzenegger.   Abt has directed productions at the Deutsches Theater since the 2009/2010 theatre season. His stagings here include his Stories from Here trilogy: Faith, Love & Hope, Capitulation and New Ground, based on interviews he and journalist Dirk Schneider conducted with ordinary people. Abt also directed Adam and Esra, loosely based on Maxim Biller’s novel Esra. Frank Abt’s most recent DT productions include his adaptation of An Answer from the Silence by Max Frisch and Farmyard by Franz Xaver Kroetz. 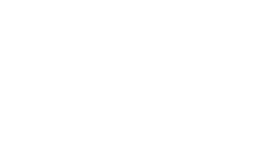