Philipp Arnold was born in 1990 in Leverkusen. After finishing school, he worked as an intern and assistant to Karin Beier at Schauspiel Köln on numerous occasions. He went on to complete a degree in Performing Arts at Goldsmiths, University of London. During and after his studies, he worked as an assistant director in England and Germany: for Rimini Protokoll at the HAU Berlin, Friederike Heller at the Deutsches Theater Berlin and Katie Mitchell at the Deutsches Schauspielhaus in Hamburg, at the Schaubühne Berlin, the Burgtheater in Vienna, at Schauspiel Köln, the Salzburg Festival and for 59 Productions in London. He produced his first works while studying in London: in 2014, his installation World War 3: Homosexuals Against Human Rights was nominated for the British SPILL festival; in the same year his performance I’m in Love with Vladimir Putin was shown at the Battersea Arts Centre in London. Since the 2015/16 season, he has been a full-time assistant director at the Deutsches Theater Berlin, and has worked on productions with Tom Kühnel, Sebastian Hartmann, Daniela Löffner und Andreas Kriegenburg, among others. In the season 2016/17 he directed Water Drops on Burning Rocks (Tropfen auf heiße Steine) by Rainer Werner Fassbinder in the Box. In the season 2018/19 he directs the templar knight (der tempelherr) by Ferdinand Schmalz in the Kammerspiele. 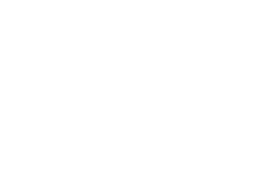