The journey - or no: the ride begins on a street corner in Jaffa, Tel-Aviv. The year: 2014, the time: four in the morning, the heroine: Sivan Ben Yishai - wait a minute: Sivan? The author Sivan Ben Yishai? That's right. Former in-house writer Sivan Ben Yishai. On the back of a German shepherd dog, she rides through space and time, through the abysses, entanglements and crimes of German-Israeli-Palestinian history. From Jaffa 2014 to 1938 in Germany, from Cuba to the Russian front, from Slovenia to Milan, through the Mediterranean to Palestine. From the author, she transforms into a Holocaust survivor, into a Soviet partisan, into an asylum seeker under water, into a convinced Zionist, into a warrior bandaged from head to toe, hung with medals and weapons; victim and perpetrator at the same time, accuser and accused, standing above everything and entangled with everything. At her side are the shepherd dog, a dead, lamenting Klezmer woman, and a kaleidoscope of voices, experiences, and contradictory perspectives that help tell her story.

Wounds Are Forever is both a search for clues and a self-interrogation; revealing the individual wounds makes the collective wounds visible. Brutal, comic, racy and political, Sivan Ben Yishai writes the 20th and 21st centuries on her own body. Following the world premiere of her play Love / An Argumentative Exercise, this is her second work for the Frauheim Supranational Theater, of which she was the resident playwright in the 2019/20 season. 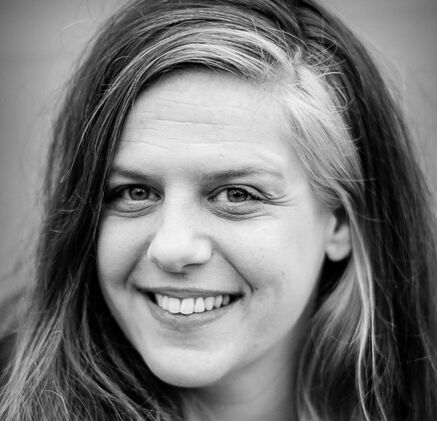