Bakunin in the Back Seat

by Dirk Laucke
“I was dreaming of war when I was awakened by the kicks.”

Jörg is dead. After receiving his eviction notice, he turned on the gas. Jörg’s dog, Bakunin, survived and is taken out into the city by Steven, a real estate agent who plans to turn Jörg’s apartment building into a car loft. To Bakunin, the city resembles a world in a perpetual state of emergency, where everyone is at war with one another. Eddi, Jorg’s former nurse and Moni, the waitress at the “Fettecke”, begin searching for Bakunin and try to give Jörg a fitting send-off. Meanwhile, Steven comes into conflict with Jan – the son of his girlfriend Charlotte – when the 17-year-old tries to set fire to Steven’s car. Urban spaces, in which competing interests often clash, call into question the ideals which inform our lives and those of others. Narrator Bakunin observes five very different people, all so busy trying to fulfil their own dreams that they fail to notice one another. Hot on the heels of 'Für alle reicht es nicht' (There’s not enough to go round), which premiered on the DT’s Box stage in April 2010, 'Bakunin in the
Back Seat' is the second Dirk Laucke play in the Deutsches Theater’s repertoire. 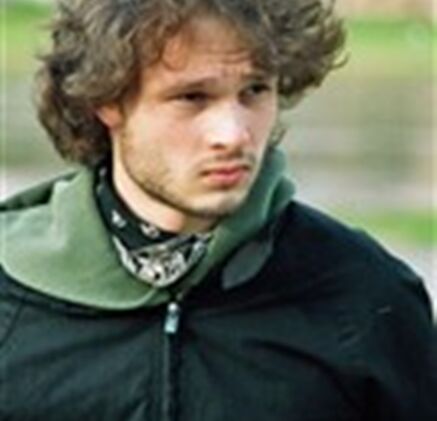