"People walked past her, but nobody said anything. She didn’t look like she was lost. She looked liked she was waiting."

A big city, somewhere in western Europe. It is winter. Suddenly a little girl is standing on the market. Where does she come from? Why is she here? What is she called? She doesn’t know. Yiza, she says, so from now on she is called Yiza. After a while, Yiza gets to know a boy, Arian. Together the two children set off together with one goal: to find something to eat and a warm place to stay.

Girl with Thimble tells the story of two children who have to fend for themselves and fight for survival in the wilderness of our world. Author Michael Köhlmeier accompanies them on their journey and describes the world from their perspective: a world in which kind intentions often miss the mark and compassion is subject to unwritten rules. "They don’t like children with eyebrows like yours," they are told. Michael Köhlmeier takes us to the heart of what it feels like to be a complete outsider, uncomprehending and misunderstood. In the end, Arian takes Yiza with him to his friends. "The friends," writes Köhlmeier, "are a horde of vagrants who are already too old for compassion and empathy." In this sentence, which can be interpreted in two ways, he makes a significant observation about the future of our coexistence: the friends are not only too old to awaken compassion and empathy in us; they have also, perhaps, already been through too much to be able to feel compassion and empathy themselves.
Director Alexander Riemenschneider
Set / Costumes Juliane Grebin
Music Tobias Vethake
Stage lighting Peter Grahn
Sound Konstantinos Georgiou
Dramaturgy Meike Schmitz
Berlin premiere October 26, 2017, Box
World premiere 20 May, 2017 Ruhrfestspiele Recklinghausen
Co-production with Ruhrfestspiele Recklinghausen 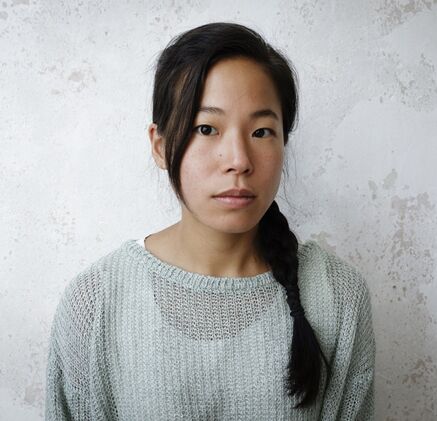