Born in 1965 in Freiburg im Breisgau, in the state of Baden-Württemberg, Susanne-Marie Wragge studied acting and dramatic writing at the Schule für Bühnenkunst from 1985 to 1987. Her first engagements were at the Schiller Theater in Berlin and Theater Neumarkt in Zurich. There she acted in Elective Affinities (based on Goethe’s novel) and was in the original cast of Urs Widmer’s Top Dogs. In 1998 Wragge moved to Theater Basel and worked there with such directors as Stefan Pucher, Lars-Ole Walburg, Stephan Müller, Barbara Frey, Stefan Bachmann and Werner Düggelin. Four productions in which she acted were invited to Berlin’s Theatertreffen, a festival which honours the year’s best German-language productions. Since 2000, Susanne-Marie Wrage has also directed theatre productions. She has played leading roles in films, among them Der Kick, Going Private and The Longing, which have won a number of national and international awards. Since the 2009/2010 season, she has been a member of the ensemble at Schauspielhaus Zürich. Susanne-Marie Wrage has already worked with director Andres Veiel several times, including on the film productions Der Kick and If Not Us, Who?. 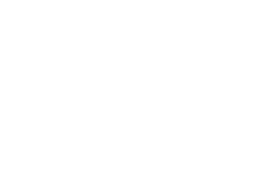